In collaboration with Fundament design, this tactical urbanism intervention originated from a question we had been facing in our work: Can the design process and the resulting spaces we create be more inclusive?

The site selected for the intervention lies at the intersection of two of the most multi-cultural neighbourhoods in Denmark: Nørrebro and Nordvest. Our site lies below the bridge that the train runs along. For this process, we conducted observational assessments, counting how many people of different age groups spent time on the site. There were almost no children that spent time on the site. This is most likely because there was nothing for them to do. We decided that, rather than working with conventional methods of community participation, we would work with the elementary school close by, which has a diverse student body reflective of the neighbourhood. We create a series of design workshops around play for three classrooms with over twenty 10-year-olds each. We felt this was one way to reduce the barrier of entry for public participation methods, and that by involving the students closely in the project, they would feel ownership of the end result.

Using ideas that came out of the design workshop, we began designing and prototyping different concepts for bringint the student designs to life. What we landed on was a series of small triangular structures that kids could climb and slide on, using recycled flooring.

Working with the same group of students, as well as another group from Al Huda Skolen, an islamic school. The students then helped us construct the playground on site over the period of 2 weeks in September 2020. The structure is now moved and stands in front of the COurban office at Urban 13 under Bispeengbuen.

The project is generously supported by DIS Research and Sharing Copenhagen. 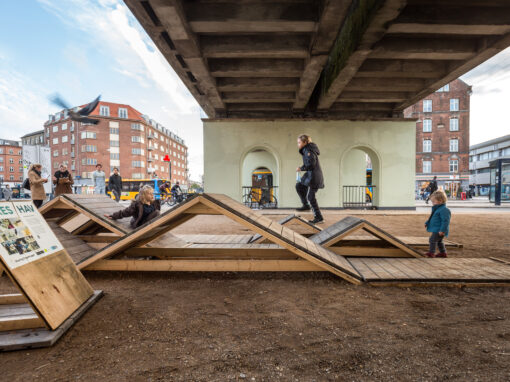 Vores hav (Our Ocean) – Inclusive Design for Inclusive Spaces 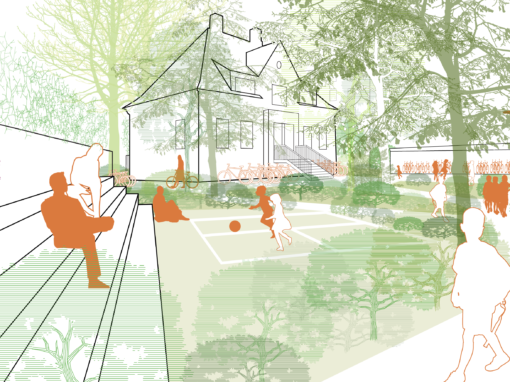 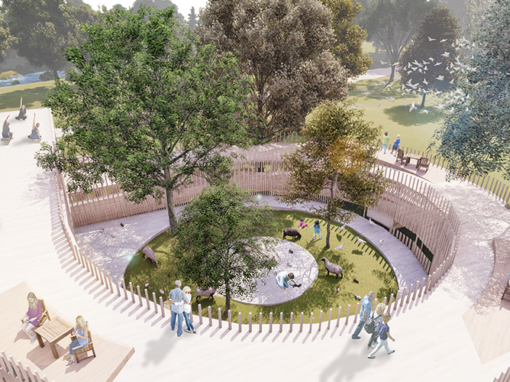 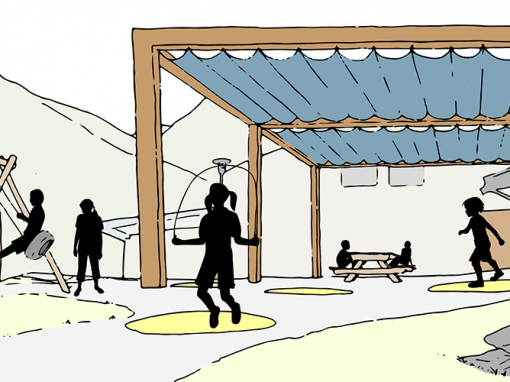